Dear Friends and Supporters, In April 2018, former Executive Director Martin Hackworth made the following announcement on Facebook, along with a plea to please help. “We continue to live fundraiser to fundraiser here at the office are facing some major decisions moving forward. While I’m still here we will not take our foot off the gas when it comes to legal, but we have to trim elsewhere. A lot depends on how well the current fundraiser works . “The task of making those changes fell to me….

In April 2018, former Executive Director Martin Hackworth made the following announcement on Facebook, along with a plea to please help.

“We continue to live fundraiser to fundraiser here at the office are facing some major decisions moving forward. While I’m still here we will not take our foot off the gas when it comes to legal, but we have to trim elsewhere. A lot depends on how well the current fundraiser works .”

The task of making those changes fell to me.

When I came aboard in July of 2018 the situation had not only worsened but had become dire. I’ve never been one in favor of quitting, so we rallied together and got to work. We have cut close to 62% in overhead over the last 7 months. That required tough choices but the right choices. We paid back old bills and had two remarkably successful fundraisers while putting together an incredibly ambitious legislative and legal agenda. Our fundraising has shown amazing improvements, thanks to old and new members alike (and our commitment to being very transparent and helpful!). It is because of you that we have been able to recover so quickly and so effectively!

SNAPSHOT IN TIME
ISSUES WE ARE AGGRESSIVELY PURSUING

We hope to help bring Senator Lee’s Antiquities Bill back to the floor, as a model for additional states

And several other smaller federal and state issues…. Several more!

As I struggled to make hard choices, a trusted BRC advocate sent me the following (it helped me understand what we needed to do and how to do it), and a good why!

This is a LONG update but bear with me. A lot has changed at BRC and we have more on the horizon.

“Remember the stage coach drivers of the Old West? They braved dangerous terrain, bad weather, and bandits to bring passengers, mail and gold to the West’s growing towns and cities. Their role was vital to commerce as they helped settle the west.

Soon progress brought the railroads; then the evolution of the automobile brought interstate highways. Aviation brought speed and convenience not only to travel but to moving freight as well.

In 1987, Clark Collins discovered a threat to public lands that would close riding trails around Pocatello, Idaho. His response was to contact riding clubs in Idaho to help him reverse the course the politicians were taking. He eventually gathered members for the fledgling BlueRibbon Coalition from all the western states as well as from the east. The Legal Program was born to keep riding areas open.

With growth, Clark saw the opportunity to hire first one contractor (leading eventually to five) to attend events and meetings to spread the word that there was an organization willing to take on the anti-access groups who wanted to close trails. These contractors brought in funds from clubs and other organizations, increased BRC’s membership, and helped the organization grow when it needed it most.

Once the stage coach business could no longer derive revenue from carrying passengers and mail, it became a relic of a bygone era. Over the years, the generous funds which once supported contractors’ travel dwindled until there was almost none coming in every year.

Throughout this time, the Legal Program expanded, taking cases as far as the Supreme Court – and winning. But other overhead expenses forced us to sacrifice what we could do more of for what we thought we needed.

Just like the stage coach era coming to an end, there had to come a parting of the ways between BRC and the contractors and even some of our employees. We needed to catch up with the times and get back to what we do best- litigate and legislate.”

We recognize that the contractors and employees were once essential to our growth and fought hard to help BlueRibbon become the national organization that it is. We appreciate them, but we can no longer rely on 1987 strategies to continue our work. Even the idea of the “club” is changing. Sometimes a club is just a Facebook group getting alerts from Twitter- but we need to bring them in and help them organize against additional Wilderness designations.

New strategies replace the old. New mission goals replace older objectives. We are in a new era for BlueRibbon and as we move forward, we must leave behind the way we used to work. This means that every time you donate, MORE AND MORE of that money goes toward law suits and state and federal land advocacy and lobbying and not to overhead. In fact, more than 60% has been cut so that we can return to basics. This is YOUR work, and we are accountable to YOU! 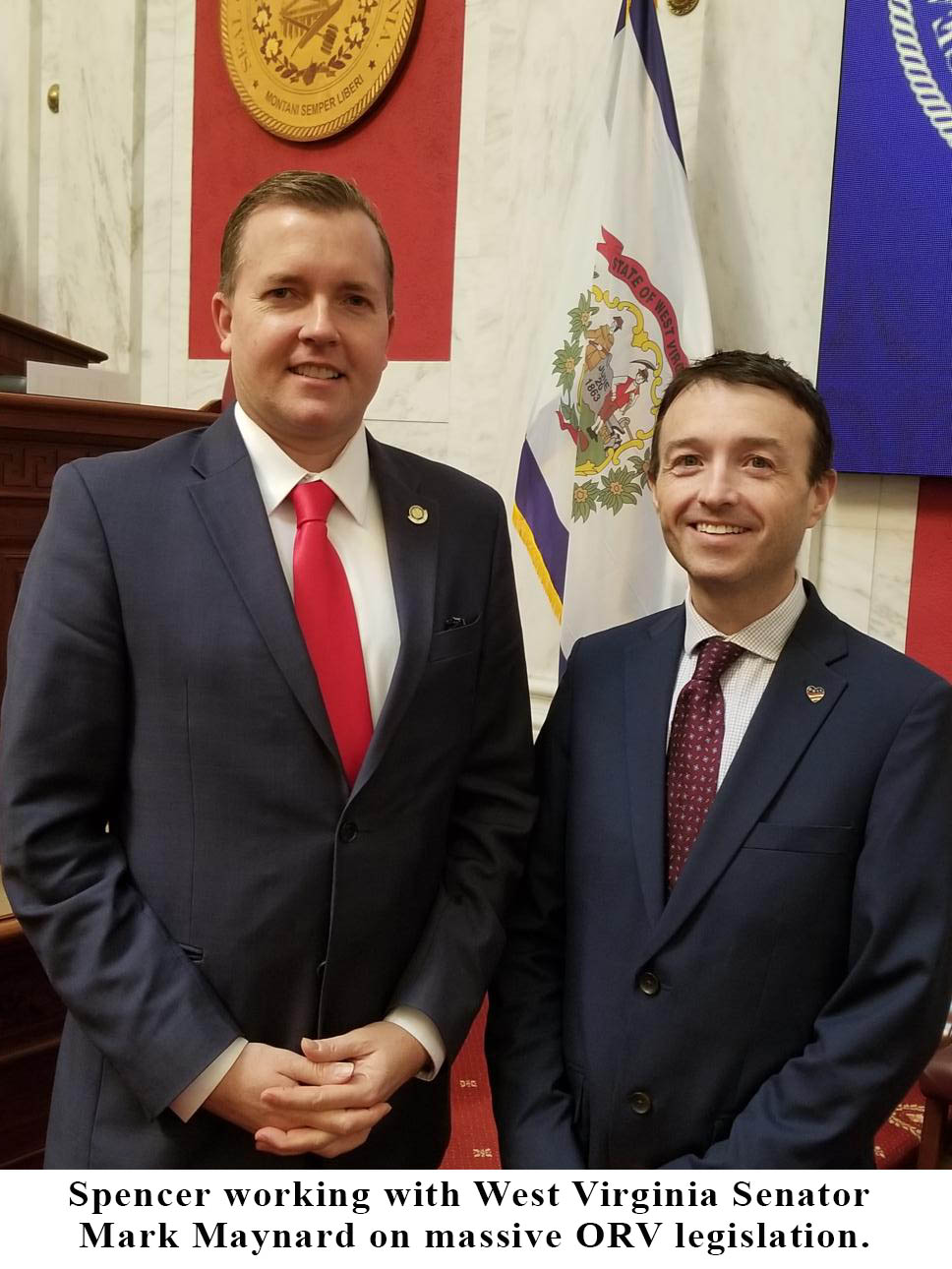 It’s hard for me to go out and meet with clubs, businesses and not be affected by this. There aren’t any Hollywood donors or big money fat cats. It’s regular, hardworking, devoted Americans doing this work. When you hand me a check, I care- I really do. So, I made hard choices, I cut and cut and cut and took on more and more responsibilities. I pounded the pavement so that we could do more with your donations! We are engaging in more states, through our legal and leslative program (including the creation of Sharetrails Alliance, our 501c4, to do more legislative lobbying.)

We will be working through volunteer policy and advocacy committees instead of hiring that out. We are moving the HQ’s to Boise, Idaho, to be closer to our lawyer but will eventually HQ in Washington DC to work more closely with lawmakers and federal policymakers (we are hoping to have space donated, knock on wood!). We anticipate having another location in California to address western issues in western states as well. 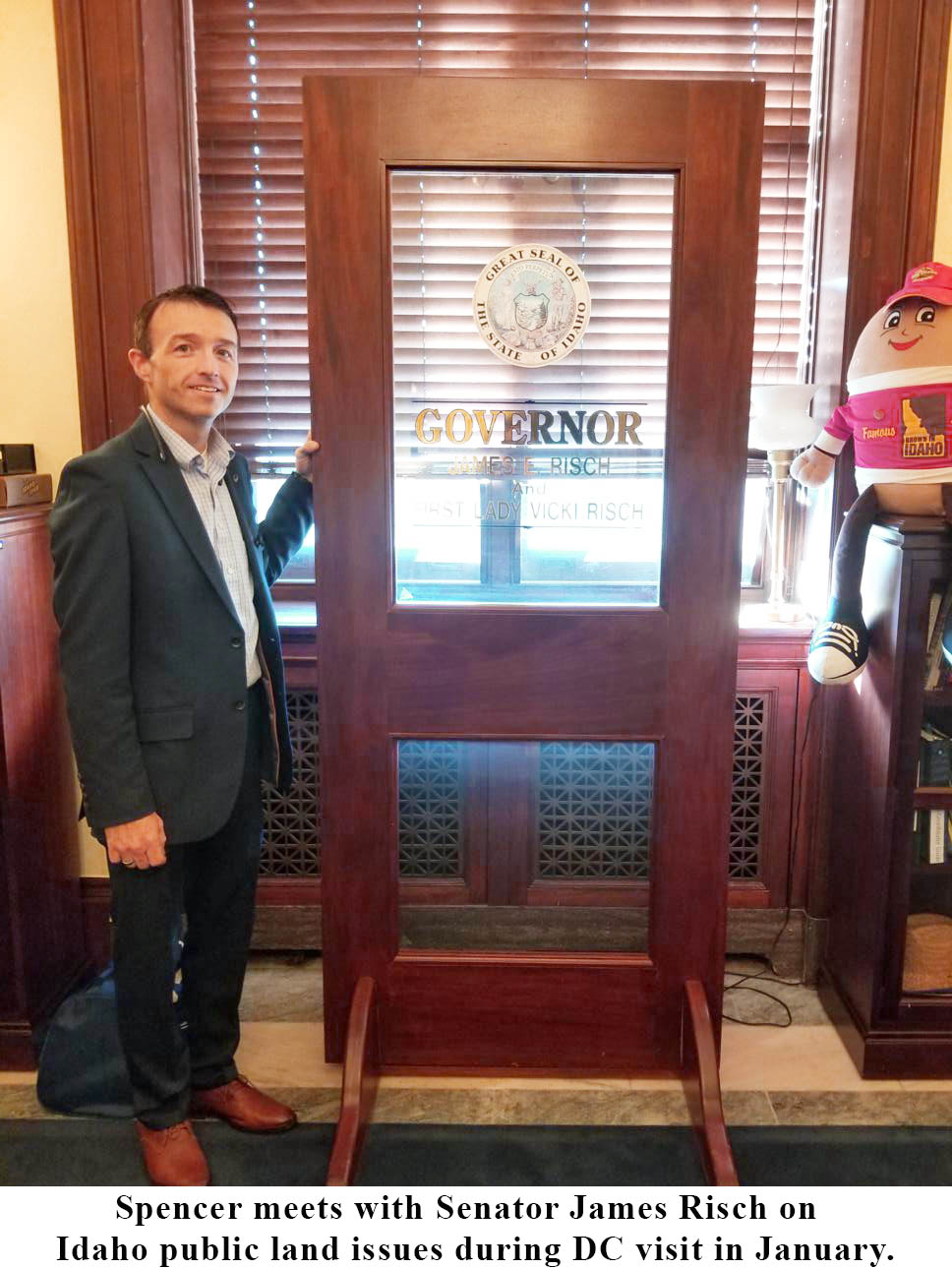 This means that starting on Monday February 4, 2019, our staff will be working remote, although our physical address in Pocatello, Idaho, has closed, our staff is still hard at work and will be there to answer your calls and return your emails. Our phone number remains the same, (208) 237-1008 and our office email is still brc@sharetrails.org.  Our mailing address is now:
BlueRibbon Coalition/Sharetrails
PO Box 5449
Pocatello, ID 83202-0003

We’ve had legislators and groups from all over the country, and groups and businesses from as far away as China (special thanks to Stuart Gosswein for advising us on some of the regulatory hurdles, and for Red Rock 4-Wheeler President Mike Kelso’s inspiration and reminder that there are OHVers and Jeepers all over the world) asking us to lead their efforts to open and reopen public lands to OHV.

As an organization our improvement has been remarkable but not without a little heart break at times. Some of the people that left had been with BRC for upwards of 20 years. We wish them all the best! We are back to doing what we do best, fighting for you! For the first time in years we have a robust East and West coast program. It’s true- I currently function as Executive Director, 4 different ambassadors and the interim marketing manager but we have learned how to do A WHOLE LOT MORE with less. This is what our members expect, that we manage these funds wisely and do everything we can until we’re too exhausted to do more. So let’s keep moving forward!